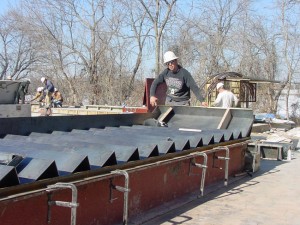 Mild steel reinforced concrete is unable to recover if it is loaded beyond capacity.

When mild steel is used it does not react the same way as prestressing cables because it is cast in the concrete in a relaxed state. Mild steel simply does not start to react until it is stretched. This means that the concrete has to begin to go into tension before the rebar becomes useful and contains the tension. By utilizing prestressing in the casting of concrete, the concrete member becomes elastic rather than rigid. This is because the cable has already been stretched, and is working even before the concrete member is loaded, to keep it in compression. 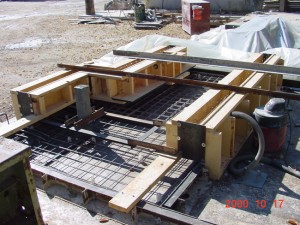 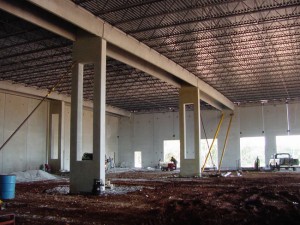 Pre-compression is not the only advantage to prestressed concrete products. Plant controlled casting conditions, steam heated forms, and closely controlled batching of concrete are also advantages of using our products.

The Concrete is Specialized

The concrete is also specialized. We have concrete strengths of 3,500 to 4,000 psi in 16 hours. 3,500 to 4,000 psi would commonly be the 28-day compressive strength of cast in place concrete. We routinely achieve 5,000 to 6,000 psi 28-day strengths in our products, while maintaining a water to cement ratio of +/- 0.4%. This extra strength concrete is necessary to allow us to remove our products from their forms on a daily basis, and is a factor in the ability to span greater distances and support greater loads as compared to conventionally reinforced concrete. The byproduct of this concrete mix is a very dense, more consistent product, which provides greater durability. In house mix designs also allow us to fine-tune our mixes to keep the level of product quality at it’s maximum. 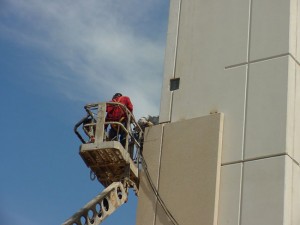 Concrete is much stronger in compression than in tension.

Concrete is able to handle very high compressive loads. (Up to 8,000 psi in some instances.) However it is only capable of 550 to 650 psi in tension. The idea behind prestressing concrete is to never let any portion of the concrete member go into tension under full design loads.
Tensile Strength 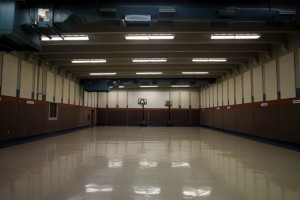 The tensile strength of a prestressing strand is 4 ½ times greater than a 60 grade rebar.

The prestressing strands are typically ½” diameter, 7 wire strands that are rated at 270,000 psi. Each strand is tensioned to 31,000 pounds of force, and multiple strands are used in each concrete member. 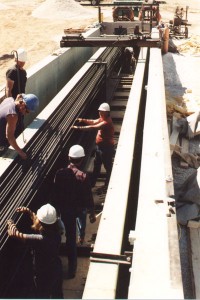 The Forms we use are generally steel, long line forms, which means that there is anywhere from 75 feet to 400 feet between abutments, depending upon which form the product is cast on. The forms are plant produced for us by PCI member manufacturers who specialize in making precast forms. The use of steel forms gives a much more uniform finish than wood forms, and it allows for steam heat to be effectively used. After the product is cast, it is covered with custom tarp racks and insulated tarps that contain the heat and moisture so vital to rapid curing.

Prestressed concrete has the ability to carry greater loads and span greater distances while maintaining a minimum cross section. This factor gives the designer more freedom to open up spaces by using larger spans, and by using smaller sections. It also provides economy by requiring fewer supporting members, thus increasing speed of construction as well. The net effect is a sound, durable, non-combustible, premium structural system.